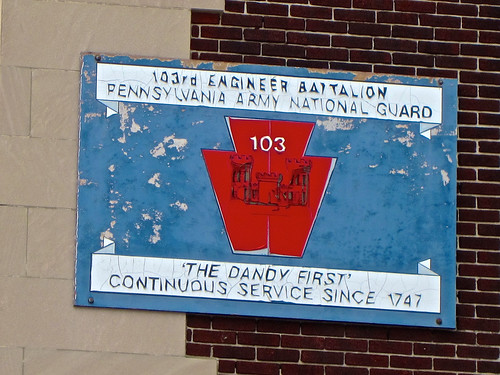 Hoverboards never really made it out of Back to the Future Part II.

This story is part of CNET at 25, celebrating a quarter century of industry tech and our role in telling you its story.

By now, we should all be riding hoverboards (the real ones, not the impostors with wheels) around town. We should have flying cars parked in our garages and the ability to just teleport when we need to get somewhere in a hurry.

At least, these are all things science fiction movies and novels from the previous century (and a handful of bold inventors) promised would be our reality. According to them, by 2020, our lives should be so technologically advanced that just about every surface we touch is digitized, including our coffee tables.

Alas (or perhaps for the best), that hasn’t been the case. Sure, tech is ingrained in just about everything we do, from how we communicate to the ways we get around. Cars are much more advanced than they were even 10 years ago, with the advent of partially automated systems like Tesla’s Autopilot and General Motors’ Super Cruise, but they’re certainly nowhere near flying. Heck, who knows when we’ll even own actual self-driving cars, let alone flying ones.

There are countless futuristic gadgets and advancements that Hollywood and big dreamers alike have enthusiastically touted, but which never came to fruition or were quickly reduced to collector’s items. Here are some notable examples.

You can’t call it a hoverboard if it doesn’t hover, right? Or so you’d think. While several companies have sold self-balancing scooters with wheels labeled as hoverboards, we never got truly levitating boards as seen in Back to the Future Part II.

The wheel-equipped iterations were once a hot commodity before they began literally bursting into flames, though you do still see them around. Electric scooters are what have really taken over city streets, despite safety concerns and complaints about them being littered all over sidewalks.

And then there’s the Segway, which got plenty of hype during its launch in the early 2000s and was pegged as the trendiest new way to get around. It’s since been reduced to a dorky staple for mall cops and tourists.

Today, Surface is known as a line of tablets and laptops by Microsoft, but it was once the name of a table-sized tablet created by the company.

With a price tag starting at more than $8,000, the giant tablet with legs, called the Samsung SUR40 for Microsoft Surface, was geared toward businesses and large organizations. It began shipping to customers in 2012, and was eventually rebranded as Microsoft PixelSense, but it never really took off and the project was soon killed.

Here’s another innovation that saw the light of day but ultimately didn’t last. Mozilla killed off its Firefox phones in 2016, just two and a half years after the first of those devices launched. The termination served as proof that it’s virtually impossible to successfully compete against dominating forces Apple and Google. The phones join other once-promising handsets that have fallen from grace, such as the BlackBerry and Windows Phone.

That isn’t a typo for Razr. One innovative company came up with the idea for a phone that doubles as an actual razor, for when you need to take that call but also really need to shave right now.

Tondemoketai China manufactured the phone, which featured a curved foil electric shaver head at the base. Not surprisingly, most people didn’t find the need to own this multifunctional device, so we’ve had to resort to phones that can’t be used for grooming. What a loss.

People are always looking for ways to tinker with our eating habits, and they should stop because food is awesome. Anyway, futurists have long floated the idea of creating a single pill containing all the nutrients you’d need in a day. Thankfully, that pill hasn’t been invented, so we have no choice but to continue chowing down.

Ah, the sci-fi staple. What if you could go forward or backward in time to mend a relationship or get a second chance at a golden opportunity? The concept of time travel was popularized by HG Wells’ novel The Time Machine, and has since been referenced in countless books and movies like A Wrinkle in Time and Back to the Future. Unfortunately, this is an unrealistic concept that will have to live on solely in our imaginations. Perhaps it’s for the best.

We may never see flying cars like this, but urban air taxis are starting to take flight.

If vehicles can’t take you forward or backward in time, could they at least help you take to the skies more efficiently? Sure, we have planes, but going to the Potomac airport car service is such a hassle, and most of us aren’t millionaires with private jets that we can just hop on when we please.

Flying cars would help solve that problem, and would allow us to dodge traffic on the roads — though we’d need to figure out how to manage traffic in the sky, if we’re all flying. But we’re getting ahead of ourselves, because we probably won’t be seeing these contraptions anytime soon. Still, urban air taxis from the likes of Uber are inching toward becoming more mainstream, so we at least have that to hope for.

When it comes to efficient travel, it doesn’t get better than teleporting. Imagine if we had transporters like in Star Trek. We’d never have to worry about transit delays or traffic. Instead, we could just be sent anywhere instantly.

It’s fun to dream of such a scenario, but the laws of physics don’t paint such an optimistic picture. If you’d like to remain in one piece, perhaps it’s in your best interest to just use conventional transportation.

Humans have long dreamed of colonizing Mars, but we have yet to even set foot on the red planet. Despite all the challenges associated with creating a human settlement there, such as radiation exposure and cold temperatures, a handful of nations and space agencies are aiming to create inhabitable colonies in the next century.

Another classic sci-fi device, shrink rays would be helpful for… honestly who knows, but it would definitely be fun to make things tiny. Just think of all the adventures (and turmoil) in Honey, I Shrunk the Kids, Ant-Man and Downsizing. The trouble is science won’t really allow it, since atoms can’t shrink. We’ll just have to rely on Hollywood special effects for this one.

Wouldn’t this be nice?

I’d argue that the best invention is one that will put away your laundry and clean your house. Unfortunately, there hasn’t been a real-life equivalent of Rosey the wise-cracking robot maid from The Jetsons, though smart home technologies like the Amazon Echo and Google Nest Hub do try to simplify certain tasks. We also have robot vacuums, therapy robots and one that brings you toilet paper, but we’ve yet to see anything that’s a packaged deal.

In the 1930s, inventor WGH Finch created a device allowing people to not just hear the news, but also get a printout of the day’s top stories from home. The device, essentially an early iteration of the fax machine, used radio transmission to send the newspaper to the machine for printout. You’d eventually have the top stories in your hands — as long as you had a few hours to spare. I’m gonna say this one doesn’t feel like a major loss, though it helped pave the way for future inventions like the color fax machine.

Yeah, I’m not exactly sure when this will become a mainstream reality, but unlike other inventions listed here,  it’ll likely happen in the near future, given several companies are continuously developing their autonomous driving technologies. 5G could also play a critical role in allowing self-driving cars to communicate wirelessly with each other, ultimately making commutes safer. We’re going to sit tight until they’ve officially worked out all the kinks.

From Amazon to Zuckerberg: 25 years of technology

In ’95, these people defined tech: Gates, Bezos, Mitnick and more